Dr. Viviana Lincoln is an expert linguist in several Middle Eastern dialects. Employed by the CIA as a translator, her latest assignment requires a temporary move to a safe-house in Northern Kabul. Translating between jihadist prisoners and their CIA interrogators is all in a day's work. Her mundane routine takes a harrowing turn when a high-level prisoner escapes and the safe-house's location is compromised.

I haven’t read anything from Jaid Black in awhile. I’ve always enjoyed her over-the-top eroticas filled with aliens, and other other-worldly characters all having scorching hot sex in descriptive scenes that are both arousing and disturbing. When I saw that she released this book, I was excited to get my hands on it because I already know just what to expect out of a Jaid Black book. And this one definitely did not disappoint.

I enjoyed this book because it was realistic and contemporary. It portrayed the current society in war-torn Syria. It depicted the life of American dignitaries who work for the government, aiming to achieve global peace while knowing that any moment, their lives and positions in that country was in danger. That’s why I really admired this book’s heroine. Aside from being smart, she was brave and principled. The hero was a true, possessive alpha that any romance reader would enjoy.

For a book that has sex written all over it, $old also holds a solid plot, so I really enjoyed it. I see that there’s a book with which features a familiar character. I hope I get the time to insert it in between my current list of reads. 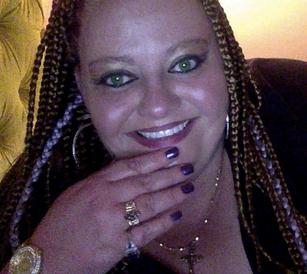 Jaid Black is the pseudonym of Tina M. Engler, the founder & owner of Ellora’s Cave Publishing. Ms. Engler has been featured in every available news outlet, from the Washington Post and L.A. Times to Forbes, Publisher’s Weekly, national TV news stations, and the Montel Show. Ms. Engler was officially recognized by Romantic Times Magazine with their first ever Trail Blazer award as the mastermind of erotic romance as you know and love it today. Writing as Jaid Black, her books have received numerous distinctions, including a nomination for the Henry Miller award for the best literary sex scene written in the English language.

Review: The Absolution of Aidan by Kathy Coopmans

Review: The Wrath of Cain by Kathy Coopmans
Review: 30 Days by Christine d’Abo
First in a SeriesInterracialKidnapping

My 5 Star Reads on Goodreads

On Dublin Street
by Samantha Young

Some Sort of Happy
by Melanie Harlow

Six of Hearts
by L.H. Cosway

Add me on Goodreads

I have reviewed 0 books so far this year.